Why Do You Need to Shake My Hand?

Rant Warning! (this was originally published on Jan.18, 2019…I haven’t changed).

If you know me, you know I’m a little “germ aware.” It’s not a compulsion, but I DO put my sleeve over my hand to open a door, hold a stair rail, or pull out a chair in a restaurant (all icky). I don’t carry around hand sanitizer and all that, but I do wash my hands frequently throughout the day (looking at you lady at the Portage Library who DIDN’T). And I’m pretty successful at staying healthy! But…here it comes…

I’m going to a large business gathering next week to network and each and every person I meet wants one thing from me…to transfer the germs on their right hand—from throughout their day, from the previous 10 people they met, from the restroom or building door, and from who knows WHERE else—to MY HAND!!??

Why do we have to shake hands with everyone we meet? Couldn’t we, say, bump fists? Maybe shake wrists? Heck, I’d almost even HUG someone to avoid shaking hands.

I get the history…most of our ancestors wore their swords to the left, so shaking with your right hand signified you couldn’t/wouldn’t draw on the hand shaker. Offering YOUR right hand was also a sign of trust that you believed the other person wasn’t going to draw on you either.

But it’s been a long while since we wore swords. So why is this still such a “thing?”

When you shake hands in current-day Western world encounters, it’s usually as a globally recognized greeting or parting tradition. Using the right hand is generally considered proper etiquette, and there’s a reason for THAT. The left hand is considered unclean in some Arabic cultures—as it is the hand used for wiping after the toilet…um, yeah, my point exactly. But how many more right-handed people are there versus left handed/ You draw that conclusion.

So back to why we shake hands with almost everyone we meet.

Katie Chin, who works in the tech industry in San Francisco points out the gender differences in handshakes. “It’s so clear sexism is at work during work functions when people say goodbye and shake all the male hands, but insist I get a hug instead.” And who shakes hands more often,  men or women? Research shows women will hug more than men, while men do the whole fist-shake-elbow-pull-3-clap-on-the-back greeting. Or a high five. When’s the last time you women greeted your female friends like that? So both men and women in business are expected to shake hands.

Fun fact: When shaking hands, the person of lower power traditionally waits for the person of higher power to offer their hand before shaking. Those of (considered) equal power—like at a networking event—will simultaneously offer to shake hands. And when someone offers you a germ-laden (right) hand to shake, to NOT take it is a perceived sign of disrespect, or rude behavior, even among “unequals.”

I’m not rude. I just don’t like shaking hands, but not shaking hands when you meet someone is considered rude so …wait for it…maybe I could offer a polite little apology like, “Thank you, but I don’t shake hands, sorry?”

Right. That’s gonna go over pretty well with the potential new client who is meeting me for the first time to discuss a marketing plan, or the interviewer who is examining and analyzing my every movement.

Be honest. If someone said “Sorry, I don’t shake hands.” Would you immediately think OCD? Yes. Yes, you would, and that’s a problem. Just because I don’t want to shake your hand does not indicate I have a mental illness. But that’s how it resonates…and then you’re stuck with 15 seconds of stumbling explanations about why you’re NOT OCD. It’s exhausting.

“Keep your hands away from your face!” Mom would chastise me. Now I get it

A single handshake can transmit the cold or flu, parasitic scabies and bacteria, or even pink eye (had enough?)…and when you shake hands—then touch your face—you may transmit their infection to yourself. And we average about 15,000 handshakes in our lifetime, so there are lots of opportunities for spreading bacteria. Ugh.

So here’s my proposal…

In 2008, the British did research that showed “people who greet each other with handshakes are much more likely to pass on germs such as flu, cold and stomach bugs, than those who settle for a peck on the cheek.” Right?

The New Zealand Maori rub noses and foreheads in greeting and the Japanese bow to each other. “Dap greetings” such as high fives and fist bumps may completely replace handshakes among younger people in the Western world. At least the potential surface area of the fist is smaller than the gripped hand. Or maybe we could just stick out our tongues in greeting—a tradition from an evil black-tongued 9th century king named Lang Darma.

I just don’t see any of those catching on so I’ll continue to be an uncomfortable hand shaker. So when you meet me, please don’t be offended that I prefer not to shake your hand. Instead offer me a fist bump, wrist shake, a hug, finger wave, elbow bump, hip check, forehead bump or just keep your hands in your pockets and don’t worry about contaminating your hands with the day’s residue on MY hands!

Join to get FREE marketing tips! 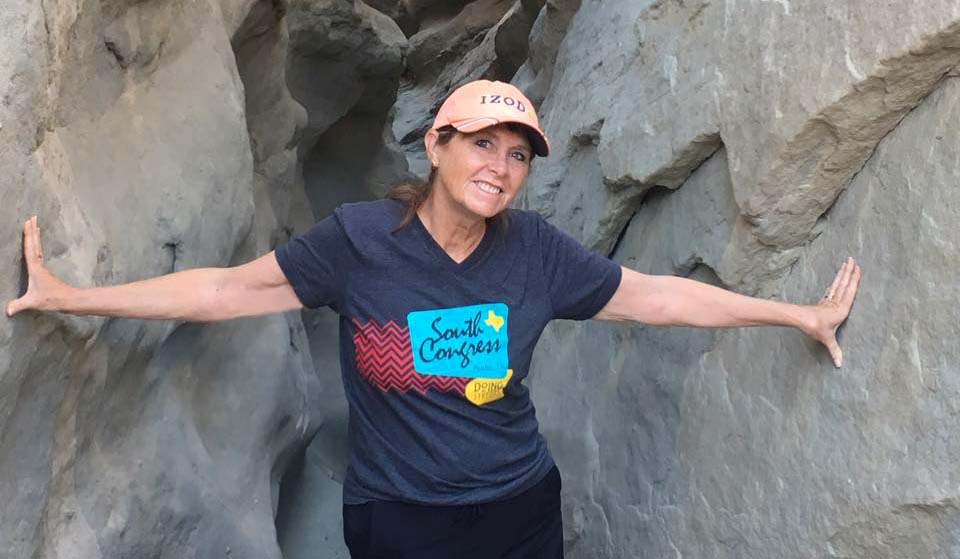 How can I help you?

I’m a 30-year veteran of the marketing and communications community working with small businesses and nonprofits. I’ve seen and heard everything. I’ve seen the light bulb go on for clients who grasp a simple marketing strategy and can move ahead growing their business.

I can work with you or your staff members to plan, train, implement, and manage your marketing and digital communications. Just let me know what you need and let’s see if I can help!

Join to get FREE marketing tips

Cheri was the catalyst that began the creative career path I’m on today. A very patient instructor.
KalamazooMichigan
Cheri's ambition, passion and ability to execute, organize and lead her staff have made WMU stronger.
KalamazooMichigan
What strikes me most about Cheri is her dedication, commitment and approach to any task or job.
PlainwellMichigan
Cheri is hard-working task oriented and delivers projects on time and within budget.
Los AngelesCalifornia
Cheri is a team player, one who is passionate about her work, and critical to the mission of the her clients.
PlainwellMichigan

We have helped small businesses, nonprofit organizations and educational institutions meet their total marketing needs with a Five-Step Marketing Strategy that works.